Do you think you could build a robot in just three days? With the knowledge you’ll get from our Engineering programs, you can. Just ask Wayne, the robot built by our university’s Robot in Three Days (Ri3D) team, Ontario Tech's Ri3D.

Sound interesting? Then keep reading to find out Ontario Tech's Ri3D’s plans for next year and how you can get involved.

The challenge of building a robot in three days stems from the annual For Inspiration and Recognition of Science and Technology (FIRST) Robotics Competition (FRC). This is a competition for teams of high school students to build a robot under a six-week time constraint and have it compete in a field game against other robot creations.

As the FRC is only open to high school-aged students, the Ri3D competition, founded by iR3 Creative Engineering, is a “way for FIRST alumni or students who are interested in science, technology, engineering or math fields (STEM) to stay involved in the FIRST community,” said Nicholas Varas, a Mechatronics Engineering student and the Marketing and Design Lead for Ontario Tech's Ri3D.

“Whether they’re part of the mechanical, design, electrical, programming, media or business aspect of the team, they are still given the opportunity to gain knowledge and develop useful skills related to the growing field of mechatronics and engineering in general.” 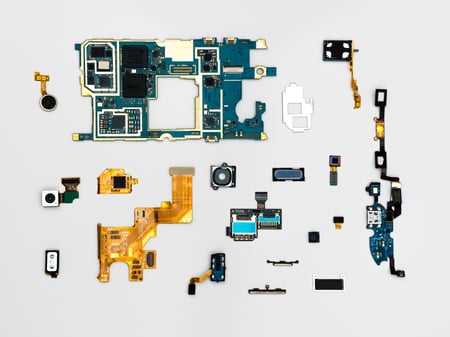 The goal of the Ri3D challenge is to “design, build and program a fully-functioning, 120-pound robot in only 72 hours, rather than the six-week build period given to competing teams,” said Varas.

Ontario Tech's Ri3D was founded this year by a group of students and FIRST alumni with a passion for robotics and engineering, explained Varas. With funding from FIRST Canada, ACE and the Faculty of Engineering and Applied Science, a team of over 50 students was brought together to take on this year’s FRC as well as provide resources online to other teams.

Next year, Ontario Tech's Ri3D is also planning to be home to a community FRC team, providing guidance from our engineering students and industry professionals to high school students in the Durham Region who want to compete in the FRC.


Why you should get involved with Ri3D at our university

“Students participating in Ri3D—and thus the FRC—are exposed first-hand to the endless possibilities of engineering, and are encouraged to create innovative and unique solutions to tackle real-world problems,” said Varas.

As a future student, making plans to get involved with Ontario Tech's Ri3D will provide you with a fun way to put what you’re learning to the test.

The skills learned in our engineering programs like CAD or programming, said Varas, allow you to confidently take the Ri3D challenge head-on by utilizing what you’ve learned in your studies.

Expectations when it comes to smart design choices that involve geometry and fit or selecting the right material “puts pressure on the students and ultimately puts their knowledge about engineering and industrial design to the test,” explained Varas.

If you’re a current high school student interested in the engineering programs at our university, enlisting the help of Ri3D is a great way to learn more about the program under the guidance of your peers who are already in the program.

For this year’s Destination: Deep Space FRC, Ontario Tech's Ri3D built Wayne, who was “inspired by the goal of designing a robot that was both effective in the competition yet simple enough to be built by a rookie team,” told Varas.

Wayne was designed to place objects on the first and second stand of the field scoring element, which would make any team competing in the FRC stand out amongst the crowd. Yet another reason why you should get involved with Ontario Tech's Ri3D.

Check out Ontario Tech's Ri3D online to learn more about the team and how you can join.

Want to learn more about our engineering programs? Download our viewbook to get a better idea of what our Faculty of Engineering has to offer our students. Blancride: Do you need a ride?