Hello, everyone! I am back for another year of reviewing delicious local restaurants and shops around Durham Region to find you the best meals and deals! Last year I reviewed everything from poutine and burgers to burritos and more. The first blog of this year is about a very popular, somewhat healthier food choice – sushi! I went to four different sushi restaurants so that I could provide only the finest of feedback on the quality of sushi in the area.  Without further ado, here's what I found! Rainbow Sushi has been around for years, I remember going to get sushi there myself since I was in my first year, so it had to make the list! Rainbow Sushi is located at 1180 Simcoe Street N., in Oshawa, which is a short bus ride on the 401 Simcoe from campus for any students interested in giving Rainbow a try. If you're going south, it will be in a small plaza on your right side. They have a relatively wide range in regards to their menu for having both fish and non-fish items, the only drawback I can think of is that they do not have shrimp tempura.

I got the All-You-Can-Eat (AYCE) lunch special, which is approximately $14.99 on weekdays. My favourite roll to order at Rainbow (and to be honest, the first thing I always order at any place because it's the best) was the spicy salmon roll, which comes with salmon/avocado rolled up with spicy mayo on top. They're great, and the fish is very fresh! The roll had the tempura bits in them which adds that nice crunch for texture. Another favourite was the spicy white tuna roll, which has tuna and avocado rolled up and then lovingly topped with spicy mayo.

I've been going to Rainbow since I was a first-year student, and the quality has never disappointed. While I only took pictures of a few different items for the blog, I definitely ate my money’s worth. The $14.99 AYCE lunch deal is hard to pass up – especially as a student, but a good deal is a good deal regardless of your situation! Osaka Sushi is also located on Simcoe Street, but closer to the downtown Oshawa location. If you are standing at the Simcoe/Bond bus stop, Osaka is literally across the street! Basically it's in a perfect location for the post-class sushi coma (I would not recommend a pre-class sushi coma, or you may just sleep the entire lecture) and they offer many different lunch specials, as well as offering an extremely low all-you-can-eat price of approximately $12.99 lunch Monday-Thursday (extra $1 on Fridays and weekends).

To be honest, Osaka was so busy when I went by that I ended up doing take-out when I went to get their sushi. So while I didn't get AYCE, it did open my eyes to how amazing their take-out deals are! For approximately $10.50 I got a choice of three different rolls, and a miso soup. I ordered the spicy white tuna, California, and spicy salmon roll.

For just under $12 with tax, I walked out with 24 pieces of sushi and a soup, as well as soy sauce, ginger and wasabi to be added to taste. While the rolls were not as big as, say, Sushi Mountain, they were good quality and the service was quick and efficient, I was in and out in under ten minutes.

Osaka is another place, that like Rainbow, I have been quite a few times over my years as a student, and Osaka is definitely in a perfect location for all you readers taking a class downtown, as you can basically see it if you are standing outside Bordessa Hall. If you have a craving for sushi and you’re in the area, you know where you can get good sushi at a good price! Sushi Mountain is located at 1540 Dundas Street E. in Whitby on the northwest corner of Thickson Road and Dundas Street. For students taking public transit, the 900 pulse will drop you off at a bus stop right at the corner of Thickson/Dundas. Sushi Mountain, like its namesake, offers mountains of sushi, and their rolls are bigger than the normal size you would usually get. I also have to mention that they have a honey iced tea (not just Nestea or Brisk) that is not only delicious but comes free with any AYCE meal. It is delicious, and worth trying if you do get the opportunity to climb the sushi mountain!

In the picture you will see spicy salmon on the top left, mango rolls on the top right, and Kamikazu rolls on the bottom. The spicy salmon rolls were quality, and they had tempura bits which is a plus. The mango rolls were salmon rolls topped with mango, and as someone who loves mango, I found the combination wonderful. Last, but not least, the Kamikazu rolls are a house special, and they contain tuna, salmon, tempura bits and spicy sauce. The rolls were all great quality, and the Kamikazu rolls are a house special worth trying! I also tried shrimp tempura rolls, which had tempura shrimp and tobiko with mayo, which was different, but also very good.

The AYCE lunch price at Sushi Mountain is approximately $14.99 Monday-Thursday, with the $1 Friday/weekend premium. I highly recommend giving this place a visit, as they have quality, large rolls, and the honey iced tea is absolutely wonderful. It is quite small, so seating can sometimes be limited, but otherwise you have a great local spot to have fresh sushi! Tokushima Sushi is located at 250 Taunton Road E., in Oshawa. It's in a plaza on the northwest side of Taunton Road and Ritson Road. If you are taking the bus you can either take the 401 Simcoe and walk east at Taunton Road or take the 407 Ritson bus, which will stop right by the plaza. They have a wide range of menu options, both fish and non-fish. When I say a wide range, I am talking 100+ different items, ranging from your standard spicy salmon rolls or California rolls to grilled calamari and pumpkin tempura. If you are feeling like eating sushi but are not entirely sure what type, it is safe to say that Tokushima probably has something you’ll want to try!

When I went to Tokushima, I got their AYCE dinner, and it was a weekend, so it was approximately $23.99, which is a little higher than other places, but I do think it is reflected in the vast selection of items available. As always, I ordered the spicy salmon and the mango rolls, which are avocado rolls topped with salmon and mango. The mango rolls were amazing! If you are a fan of mango, they are definitely worth a try, as the sweetness really adds to the flavour of the sushi.

I also ordered the teriyaki beef, which is one of the non-fish highlights in my opinion because the teriyaki sauce is great, and the beef is well cooked and they do not skimp on the portions. Tokushima is definitely worth a try, and it is very close to campus.

I hope you enjoyed the insight on some of the different sushi joints available! One of the hardest parts of writing this blog was getting over the giant cravings for sushi I have had since, so you may actually find me hiding at one of the restaurants listed above, eating all the spicy salmon within their establishment. Fighting the fear of public speaking for cancer research 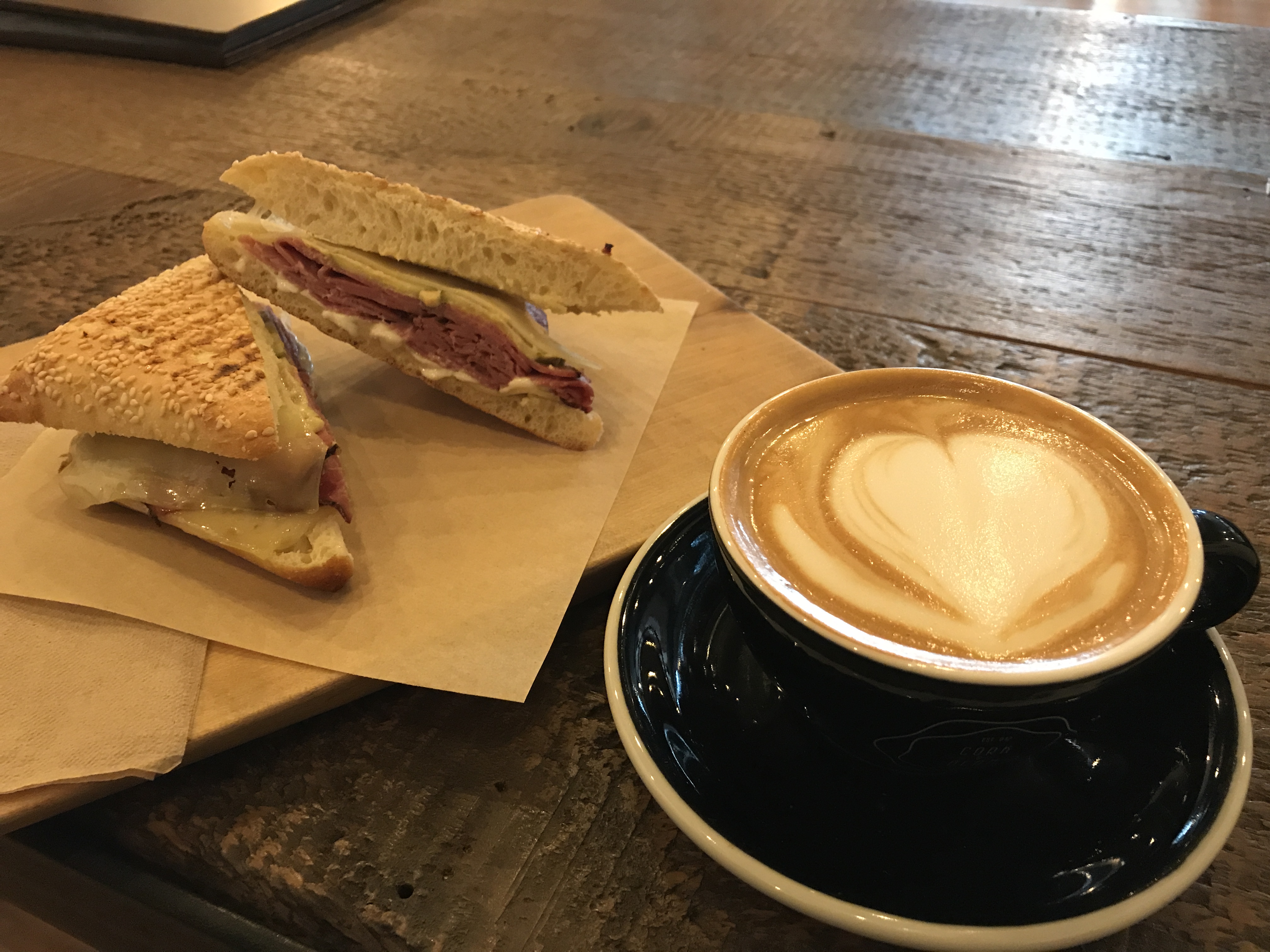