How my work abroad experience changed my life

University conversations usually lead to the question, “what do you want to do after school?” For me, my answer always changed.

After Hong Kong, I was dead set on doing one thing and one thing only: making things better than they were before.

Canada, in comparison, is 3.5 people per square kilometre.

Mongkok, a famous shopping district in Hong Kong is credited by the Guinness Book of World Records as the most population dense location in the world, with over 130,000 people per square kilometer.

When you have so many people squished into a tiny piece of land, how do you ensure everyone has the required space and resources? The busy streets of Mongkok (130,000 people per square kilometre!)

Everything in Hong Kong is streamlined and optimized to match its limited space and resources. Even from my first experience using the MTR, Hong Kong’s subway system, it was easy to see the effort put into the systems.

The MTR system has an astonishing 99.9% on time rate, with over 5 million passengers using the system every week.

If the system fails, even for only an hour, a $1 million fine is issued by the government to the MTR for halting progress in Hong Kong.

Even the cafeterias ran an efficient shop! Separate stations are placed throughout the cafeteria, each with a unique item to add to the overall meal.

There was a station specifically for ordering, for giving you your entree, side dishes, beverages and cutlery.

This style of operation prevented large congestion that can sometimes be experienced at home when everyone in the afternoon decides Tim Horton’s is a good choice for lunch.

Returning to Canada after my internship, it came as a reverse culture shock to me that I saw things so differently now!

I once thought the North American transportation and economy was world class, and now, it was just not fitting the bill. Transit systems went from amazing to tolerable. Queues downgraded from acceptable to just plain frustrating (especially in the mornings).

It was this change that led me to realize I have a passion for logistics and want to pursue a career in it. I would have the capability to improve systems and make them the best that they could be.

It is also this same story that gives me the opportunity to connect with industry leaders in logistics, who share a passion similar to mine and have had similar experiences. It's about the journey, not the destination

Had it not been for the international opportunities that I pursued, I would have been content living in my small world, where I only knew what I grew up with.

Traveling abroad has expanded my thinking and now I am able to appreciate the effort that workers from many disciplines put in to make the small things in life better.

It is usually never about the destination but rather the journey that brings you there. Perhaps you will choose to go to Europe, Asia or Africa instead of Hong Kong.

No matter the places you go, take in as much as possible, learn from your experiences and finally, don’t be afraid to go global! What to research when choosing a country to work abroad in

The journey, challenges and discoveries of an international student

7 major things to know before travelling abroad to study 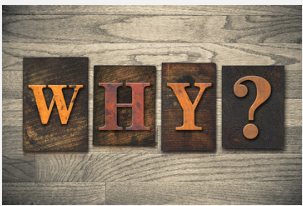 What to look for when choosing where to study abroad